Download the fresh version of Minecraft to get access to one of the world's top games today! Enjoy massive maps, incredible game modes, and plenty of character customization. Go for multiplayer mode and play with friends in random maps created by others. Enjoy a great adventure game now!

As a kid, we all love to play and build things. It's how we spend the majority of our time since we're still learning a lot about how the world works. But even so, we learn a lot just by playing with Legos and other types of games. But because we are now in the age of digitalization, we mostly just have mobile games. Thankfully, there are mobile games such as Minecraft which provides an enjoyable but a great learning game for kids and kids at heart. 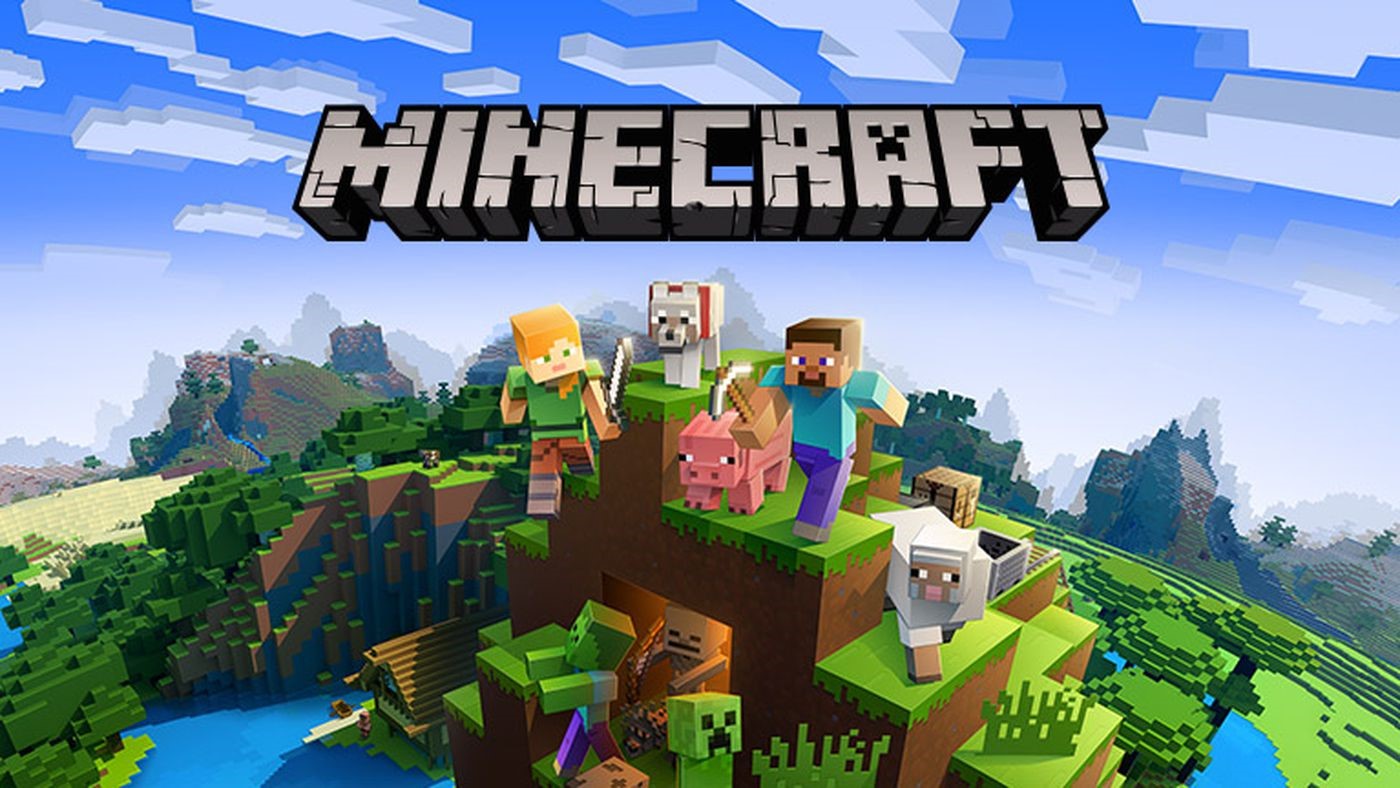 This game is now known all over the world and its never going to fade in popularity soon. With its adaptive gameplay and endless fun offerings, players would never get tired of this masterpiece. So, whether you're a beginner or a veteran Minecraft now, you'll surely enjoy it for years to come. For now, let's take a look at what makes this game so great and popular. 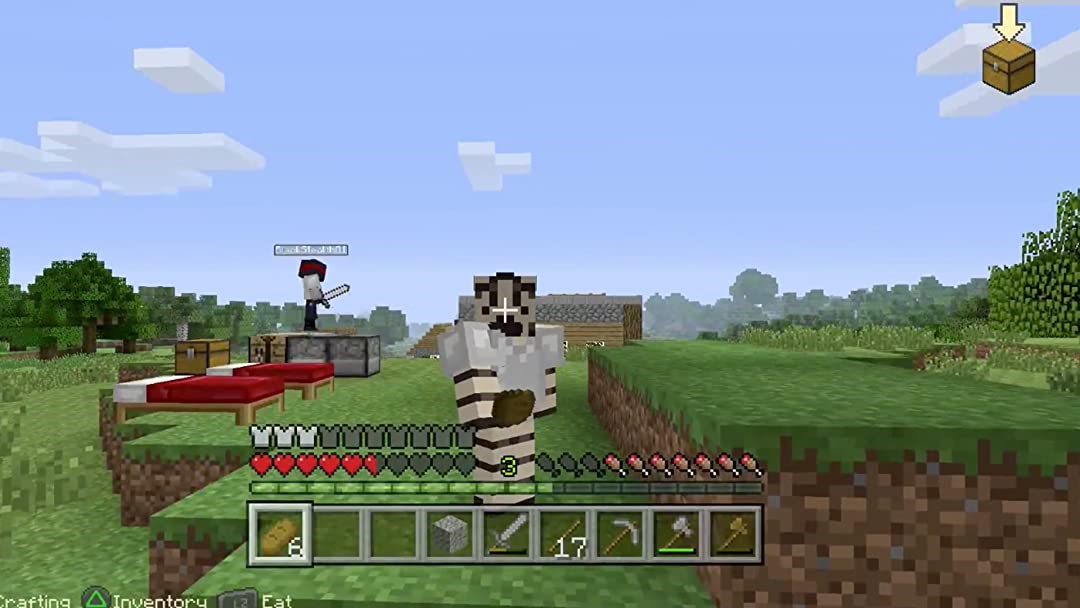 Even though a lot of games copy what Minecraft has done, they can't never replicate it completely. Minecraft is a unique game that can't be copied just through its gameplay and graphics. Over the years, it's built a loyal community of players and streamers that spans all over the world. Aside from that, its gameplay is unparalleled as it's one of the most recognized game of all time. Here, you can play in a variety of game types.Minecraft is one of the best-selling video games of all time. In fact, it is the best selling one with over 200 million copies sold all over the world! Because of this fact, millions of players are still enjoying the game even after it's been released for years now. Not only that but it has undergone a lot of changes and updates since then which allows new players to enjoy it even more. It's one of the most versatile games today which has adapted into a lot of platforms.

The main one is the Survival Mode wherein you will essentially try to be alive for as long as possible. You can try to make it your goal to kill the Ender Dragon but you can play more after that. Then, there's the Creative Mode where you're allowed to create all sorts of structures, potions and weapons. Basically, this is the unrestricted mode of the game where you don't need to worry about dying. Then, there are also the Hardcore Mode, Spectator Mode and Adventure Mode.

But more importantly, you can join servers in the game to play with different players all over the world. You can use any of the user-created maps to enjoy! Most gamers today play a lot of shooting ones, battle royale and MOBA games. But if you're one who's looking for a classic one, then Minecraft is for you.

Fun Adventures Await - There have been plenty of adventure games that have been released. But no one compares to Minecraft at the moment in the sheer number of players it has. But not only that but it has completely captured the essence of adventure with its simplistic graphics and enjoyable gameplay. Hundreds of other games have tried replicating the success of this game but to no avail. You can only experience the joy of exploring with Minecraft thanks to its vast world and intelligent building mechanics.

This game features a vast world that you will spawn into. Then, you must try your best to survive for as long as you can as there will be a lot of things that will test you. It's basically the game version of the show Survivor but with a much more addictive action scene. Here, you will collect various items needed to survive such as wood, sword, crafting table and more. Once you have that, you can create a lot of potions, armors and other items that you'll need. 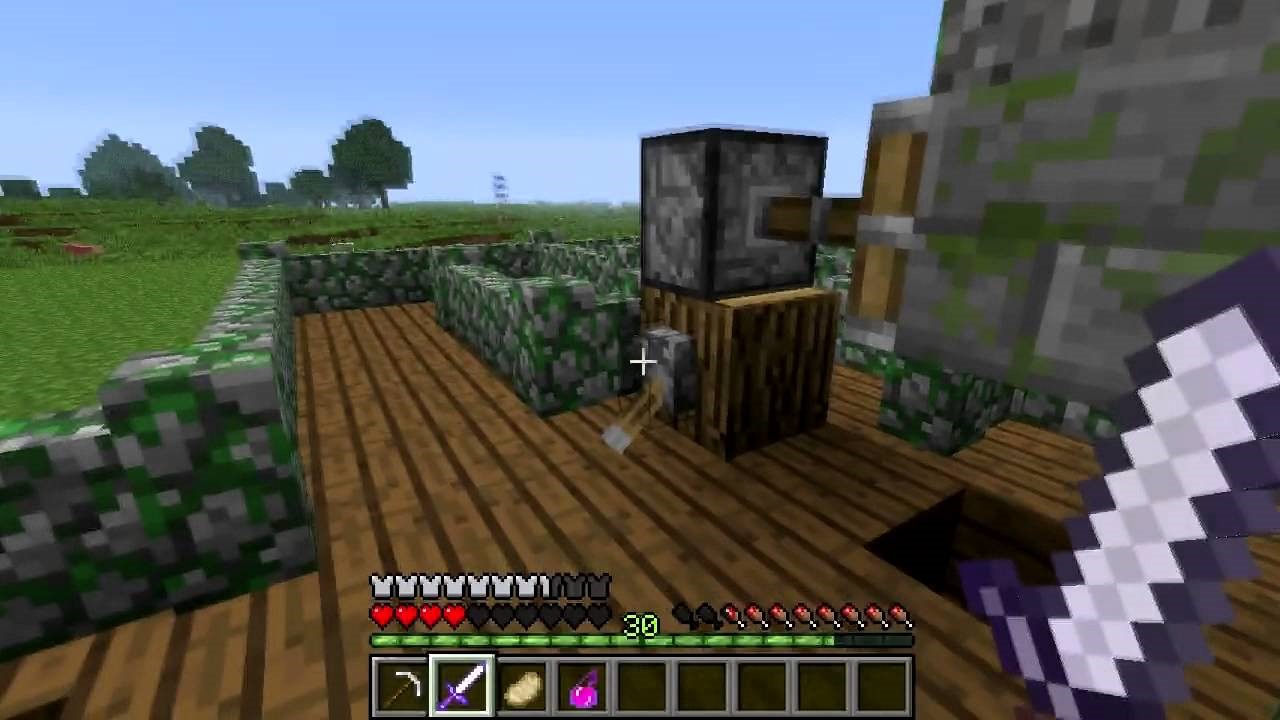 Different Game Modes to Try - As with popular games today, Minecraft has tons of game modes to offer. If you're looking for the main one which is the most straightforward one, try Survival Mode. In this mode, you will spawn in a randomly-generated world. The first thing you should do is to gather as many resources as you can in a day. This is to create shelter, food and items to protect you.

This is because there will be tons of creeps that will spawn randomly at night which will try to kill you. Do your best to defend yourself as you try to become self-sufficient.

Recipes to Brew - If you want to enjoy Minecraft to its fullest, you'll also need to learn about the various recipe processes. Here, there's brewing, crafting, smelting, cutting and upgrading. Each of these processes is unique and is used to create weapons, potions, armors, stones, and many more items. In the game, you are free to access the Recipe Book to learn how to create each of these things. But once you memorize the recipes, you can essentially survive in the game for a long time. 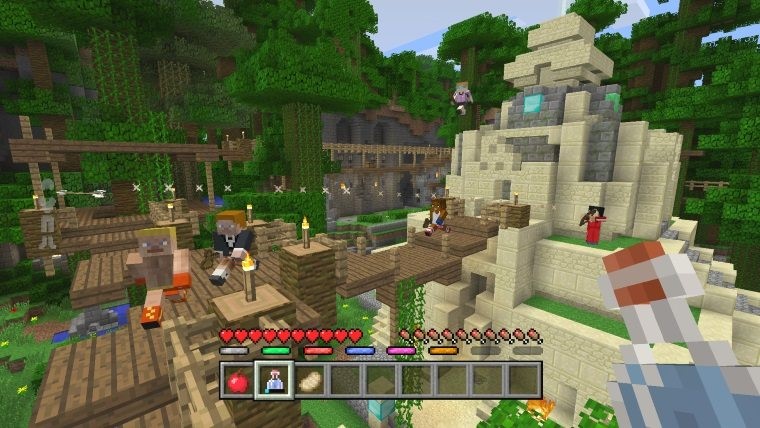 Farming - In Minecraft, there are many things you can farm aside from food. You can also farm mobs which allows you to garner different ingredients needed to create a lot of weapons, items and tools.

Multiplayer - Enjoy multiplayer in this game with your friends and players around the world. There are a lot of user-created maps currently available to play.

Just when you thought that you've run out of games to play, Minecraft is here to save the day! This game offers a wide variety of game modes and endless fun. You can essentially play it for years without getting bored as there's so much to explore. Enjoy it with friends or by yourself now!